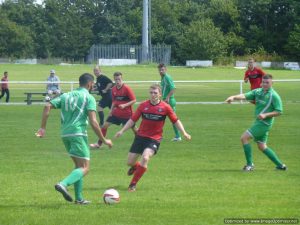 The First XI yesterday played their final preseason friendly with a 3-2 defeat of Leeds based side Beeston St Anthonys. The opposition play their trade in the West Yorkshire Premier League and offered a good final test before the new season begins.

The outcome was a 3-2 win for Campion who, despite depleted ranks, found a gem in Jashiah Donaldson. Brother to long serving Campion player Lincoln Donaldson and Birmingham City striker Clayton Donaldson he is no stranger to the club having been here as a youngster but is still attempting to break into the professional game.

He was the difference against a tough Beeston side who were another reminder of just how strong the West Yorkshire league is.

Having come through pre-season with 5 wins and 1 draw, its looking as if Campion AFC will once again be mounting a serious championship challenge.