A HAT-TRICK of goals from Eli Hey and a brace from Talent Ndlovu was enough for Campion to see off fellow-promotion hopefuls, Penistone Church in the NCEL Division One. Hey made it three games on the bounce scoring as he knocked home a triad of goals. The free-scoring...

A WONDER strike from Jacob Buchanan wasn’t enough to help Campion claim all three points as Westella held them to a 1-1 draw on a cold afternoon in West Yorkshire, in the NCEL Division One. Buchanan helped the hosts draw first blood just before the half-time whistle, taking...

CAMPION carried on their impressive form and moved one point from the play-offs with a 5-1 trouncing of Brigg Town. Eli Hey’s second hat-trick of the month helped the Bradford side on their way to the club’s four-goal victory. Ben Kendall and Josh Cooke also got on the...

ELI Hey added two goals to his tally as Campion swept Teversal aside 3-0 in the NCEL Division One as they look to claw back points on those all-important play-off spots. The hosts carried on their impressive home form by downing of the Nottinghamshire club. Campion took a...

CAMPION moved two points clear at the top of the Toolstation NCEL Division after coming up victorious 5-3 over Shirebrook Town last night. Eli Hey scored his sixth goal in the last five games to open up the scoring. It didn’t take long for Shirebrook to level up...

DESPITE Eli Hey’s fifth goal in three games, Campion were unable to make it nine points from nine as they welcomed Glasshoughton Welfare to the Sportsbulk.co.uk Stadium in the NCEL Division One. The hosts took an early two-goal lead thanks to goals from Scott Eastwood and Matty Waller...

Danger man Eli Hey scored twice as Campion’s NCEL debut got off to the perfect start. It was Westella who scored first on 12 minutes though after a breakaway. Joe McFadyen got the final touch. Jordan Missin who combined well with Hey up front all the game, had... 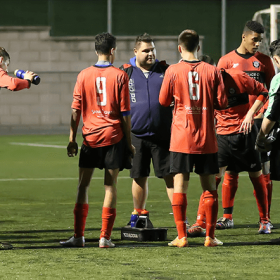 Rollercoaster ride in potential title fight! Hopefully on the other side of a bad weather patch it was a relief that Campion were once again able to get in the swing of weekly competition. The opponents welcomed to the AA Van Hire Stadium were Newsome FC, newly promoted... 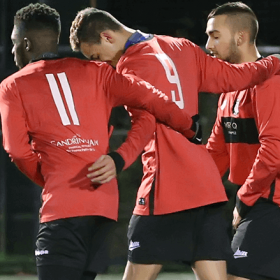