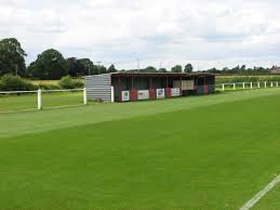 Four Campion players were selected yesterday for the West Riding League as they went up against the Cheshire League in the first round of the Inter-League Cup.

Defenders Andrew Tasker and Fabien Evans were joined by new boys Lee Smith and Gavin Armitage over at Knutsford FC just outside Chester.

The result unfortunately went against the league team with a 4-2 defeat, but all players performed proudly and will be disappointed not to have helped their league representative side progress.