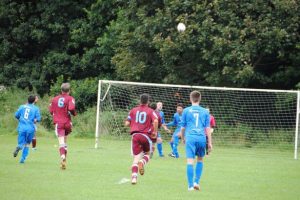 Campion AFC Development Squad dealt a blow for Honley FC as they managed a 2-1 over the Huddersfield side who were so far unbeaten in Division One this season.

Despite an early set back through a goal which looked dubiously offside Campion fought back strongly to equalise through a Josh Ludford header from a looping Jordan Haygard corner. Campion then had the majority of the play and looked the stronger team as they dominated the midfield battle.

The win was secured through a Ben Cheetham goal after some smart work down the right hand side from Luke Sharpe who provided a low hit cross offering Cheetham an open goal.

Management team Dave Turner and Mark Palfreeman both commented what a good result it was and how it should not be seen as a shock but instead a sign of things to come.