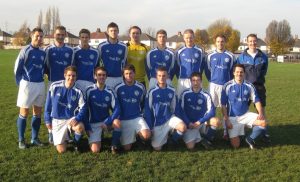 Having already seen the Premier Division champions withdraw from the West Riding County Amateur league it was a shock to see another established side in Storthes Hall leave.

The Huddersfield based club had been in the league for 25 years and had enjoyed success including the league title in 1999 and a District Challenge Cup Final appearance in recent years. Last season they finished fifth in the top division while their reserve side struggled in Division One.

The move sees the number of Huddersfield based teams reduced to four in the top division, but with newcomers Newsome, Holmfirth and Honley all enjoying their first season in division one.