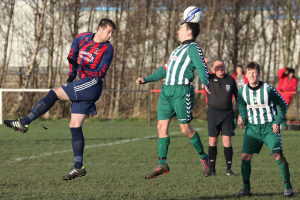 Tyersal FC were put to the sword by Campion First Team last night who came out 11-1 victors despite being nowhere near their best. A local derby, not only were there a number of former Tyersal players in the Campion ranks, but there was also a return for Damien Rushworth who had starred for the Campion Reserve side last term.

Jordan Missin bagged an impressive five goals in what quickly became a rout as Campion went into the break 6 – 1 up, and almost doubled that lead in the second half with strikes from Gavin Armitage, Adam Jarrett and Tyersal FC old boy Alan Morley Jnr.