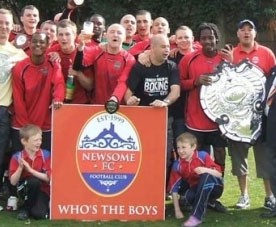 The West Riding County Amateur League are considering applications from four new teams to be included in the league in 2015/16.

Newsome FC and Holmfirth Town FC are looking to join from the Huddersfield & District League, following now established sides such as Lepton Highlanders.
Route One Rovers FC were champions of the Spen Valley & District league last year and are looking for a new challenge. And finally Thornton Utd are a newly established team following a successful spell in the Bradford Sunday Alliance.

The decision will be made by the league at the AGM on Tuesday 30th June which is coincidentally being held at Manningham Mills Sports Association.