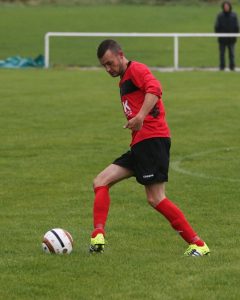 Campion’s title ambitions took another early setback this weekend as they could only manage a 1-1 draw away at Ovenden West Riding. Both sides had experienced a mixed start to the season with one win and one loss, and it seemed they couldn’t be separated in an early season encounter which the home side will no doubt have been happier with.

Campion opened the scoring with Jordan Missin who was pushed into the strikers role in the absence of Jashiah Donaldson and Joel Hughes, but in the second half this was matched by Damian Randall’s equaliser in the second half.

The result sees Campion lying seventh after three games and already looking as if they are losing ground to potential favourites Huddersfield YMCA who retain a 100% record with a crushing 7-2 defeat of Hunsworth.