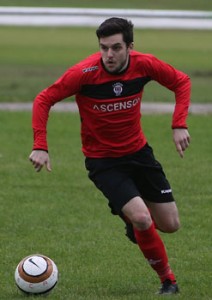 The Campion Development squad took a good three points on Saturday with a win over fourth place Overthorpe Sports Club. Despite going down to an early goal from Daniel Marshall, the home side replied with a thumping strike from Josh Ludford just before half time.

Coming out a different side in the second half Ludford made it 2-1 following a mis-placed passed from the Overthorpe full back due to impressive harrying from Tom Bentham.

The game was sealed by Aaron Metcalfe whose skill and persistence got him into the box before calmly slotting home and capping a Man of the Match performance.