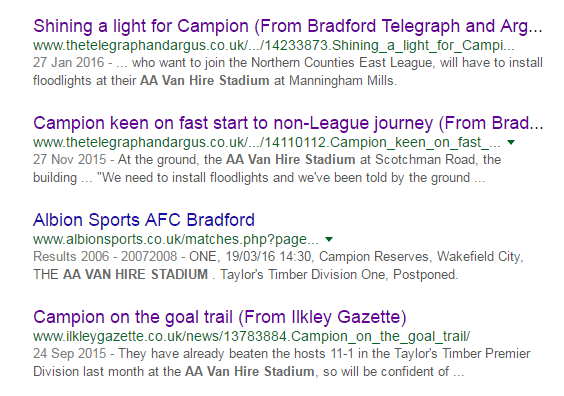 In 2015/16 their Scotchman Road became known as the AA Van Hire Stadium thanks to their sponsorship.

The coming year is the most lucrative time ever to be our stadium sponsor as we move into the Northern Counties East League which will see increased crowds and far greater exposure.

Plus we’ll offer you all of the following benefits:

We’ll be an active partner with your business on social media, offering you frequent activity and a greater reach.
(over the past twelve months we’ve reached 25,000 people and have an average of 36,000 impressions per tweet)

Back to all Sponsorship Opportunities